on August 02, 2020
This is as big a milestone as it gets for me. On this day I celebrate being vegetarian and obviously meat free for an entire year! I know for some people due to cultures or families their general diet isn’t made up of much meat so it isn’t a big deal for them but for me I used to have meat for every single meal and then sometimes for snacks in between, I was one of those people who thought you couldn’t possibly have a main meal if it didn’t have meat in it but I was proven wrong big time. I’m also just going to add in some pictures of veggie food so you know it isn’t all just leaves.
I guess I should start with why. For a while I’d been thinking of changing my diet choices and wondered how much of a difference it would actually make to my health but then I realised the main reason I wanted to move to a meat-free diet was because of my love of animals and the environment. Now, I’m not here to preach to or judge anyone else for their diet but as someone who makes friends with any animal far easier than I make friends with humans it seemed like my love of animals and wanting to keep as many alive as possible deeply outweighed my enjoyment of meat, as well as this we all know how much of a terrible strain on the environment and natural resources a meat filled diet is but as I say you can look that up for yourself I don’t need to lecture you. 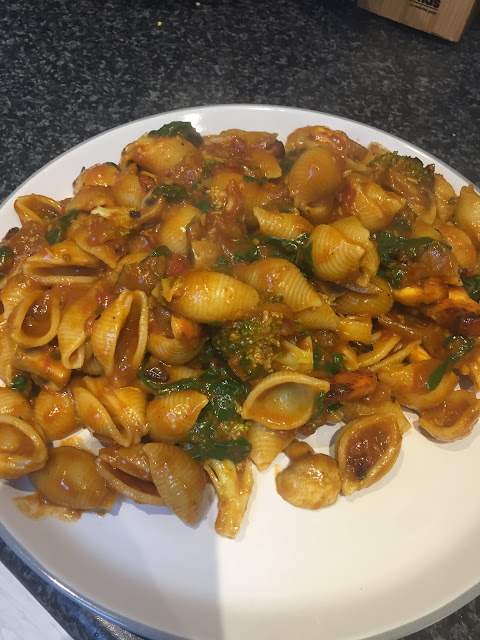 So I decided enough was enough and I would start slow by only having 1 meat meal a day and that became trying to have 4 out of 7 meals meat-free a week and eventually I got tired of trying to track all that and gave up meat altogether. I can honestly say it’s far easier than I thought it would be, I assumed there’d be times where I was just craving meat and couldn’t be bothered anymore but I only ever had that for a few months whilst I was adjusting and it usually only came about when I was starving hungry and my mind was imagining food to eat! I would say the difficult things for me at the start were trying to pull away from convenience, I was used to grabbing a ham and cheese sandwich at lunch or immediately choosing a takeaway meal with chicken in it because I knew I liked it, those were the only times I’ve really had to think about what I wanted to eat and actively stop looking for a meat option. After about 4 months it became easier as I’d already found veggie choices with takeaways that I enjoyed and started to try a lot of things I’d never really even thought of trying before and in the process found some new favourites!
Now for some benefits and possible negatives. The benefits are never-ending, in the beginning few months I fit better in my clothes just from a loss of bloating, I didn’t even know I had bloating but cutting out a lot of fat (and grease) from my diet means I don’t get bloated often, as well as this I feel my hair and nails are more healthy from the bigger intake of vitamins and minerals as well as my overall mental state knowing that I’m doing something good for me. The only “negatives” I’ve found are that it can be difficult to eat at some places as they may not offer a lot of good vegetarian choices, or if you’re Mcdonalds pretty much no veggie options at all! (Sorry for the hate but dry sticks of fried frozen veg and greasy cheese wheels are not suitable substitutes to burgers and chicken selects) but I guess we could turn this into a positive as I don’t eat a lot of fast food anymore because I just don’t feel like a lot of chain restaurants offer a fair trade off between their meat meals and meat-free but I’m hoping this will change in the next few years as more and more people make the switch. 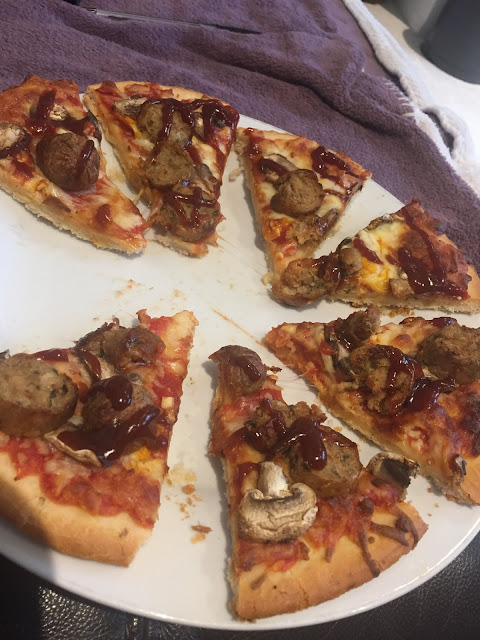 In my first year of being vegetarian I’ve learnt that cooking for yourself and experimenting with new ingredients is incredibly rewarding. I’ve started to create my own meals just using things I already have that I know will go together and creating tasty things I can make at any time. The main thing I’ve learnt from this journey so far is that I DON’T NEED MEAT TO SURVIVE. Funnily enough I’m not ‘pale’ or ‘weak’ or ‘sick from a lack of protein’ I feel the healthiest, happiest and most fulfilled in my diet that I think I’ve ever felt and all because of one change. I would never say this switch is a small change or one that can be done overnight but its been a great challenge so far and I’m still learning all the time.
At the moment I’m finding a lot of my favourite things in Tesco:
These are things I buy almost every week and have found so many different ways to use them either on their own or as part of a bunch of things to make new meals out of!
If you’re reading this because you’re thinking of ditching meat then I would say absolutely go for it! If you’re like me and find the whole “in moderation” thing difficult then just cut out meat altogether for 3-4 months and see what a difference it can make to your entire lifestyle. If you don’t want to fully stop eating meat then maybe try a flexitarian lifestyle where you won’t eat meat everyday but it’s still a part of your diet in some way, this will at least help to ease the strain on the environment.
Personally I’m aiming to go vegan but I have no plans to do that in the near future (my love of chocolate and cheese is too strong). A lot of the meals I eat now are vegan so it wouldn’t be that difficult but I’m still taking everything one step at a time. 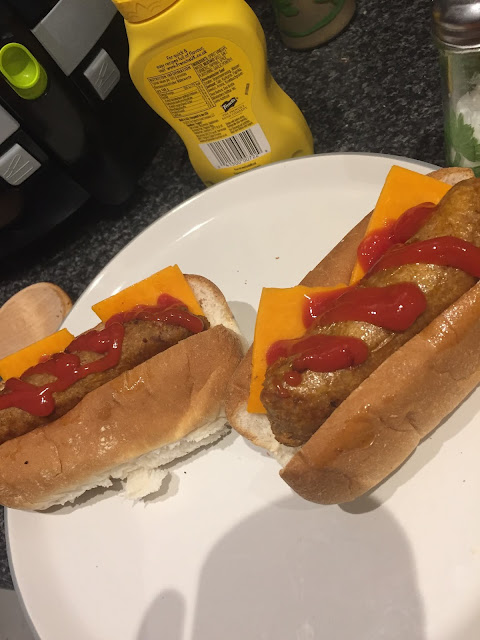 Finally I just want to thank some people in my life who have helped me to make this change without judgement. First of all to my boyfriend who has seen throughout the years me try and fail to become vegetarian time and time again and is now constantly spurring me on to keep going but also for being the biggest challenge by never going within 6 feet of something with “meat-free” written on it. Also my dad for always being a willing (victim) participant of trying all my new foods with me and then to my mum and my boyfriend’s mum and dad who always make sure that there aren’t just veggie options but GREAT veggie options on the menu whenever we go out to eat anywhere or whenever we come over for dinner.
If you want to make a change in your life (doesn’t have to be anything to do with going meat-free) then just go for it! You will never know how something could change your life for the better if you never try one day at a time.
H x
Eco Friendly Food Vegan Vegetarian