If you hadn’t already guessed from the picture, these are the cutest thing I’ve ever made! Once I’d put all the decoration on the icing and stood back to take a picture I was like…are they actually this cute?! These Frankenstein cupcakes were made using a basic chocolate cupcake recipe from BbcGoodFood, they were super simple to make and even though I may have over-cooked them slightly the mountain of creamy, sugary frosting on top made up for it! 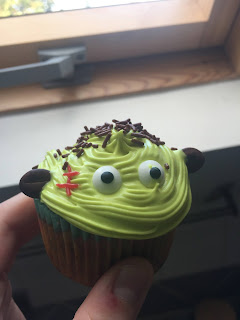 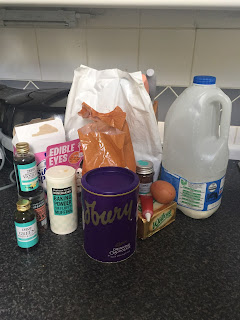 Method
Pre-heat your oven to 160C/ 180 Fan/ Gas Mark 4 and line a 12-hole muffin tin with cupcake cases (silicon cupcake cases are the most sustainable option). In a mixing bowl beat the butter and sugar together until creamy but pale in colour.
Beat together the flour, cocoa powder, sugar, baking powder, butter and a pinch of salt with an electric mixer on a slow speed until everything is combined and it has a sandy consistency. 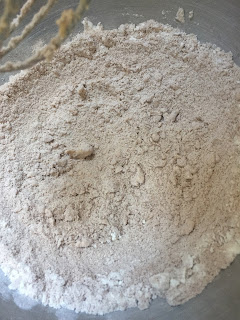 Whisk the milk, egg and vanilla extract together in a separate bowl then pour half into the flour mixture. 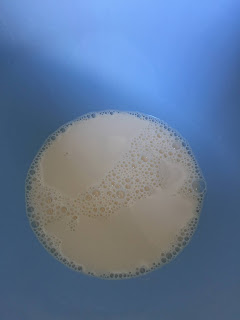 Beat the 2 mixtures together on a high speed, making sure it's fully combined, then add in the other half until you have a smooth consistency. Do not over-mix this (like I did) otherwise you’ll end up with dry cupcakes! 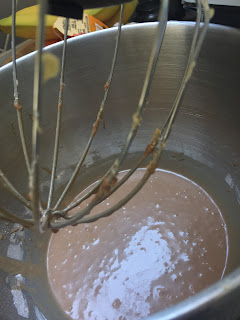 Now, using an ice cream scoop or spoon, put the mixture into your cupcake cases until the cases are 3/4 full (leave room for them to rise) and pop them in the oven for 20-25 minutes until golden on top with a slight spring to the sponge and a skewer comes out clean. 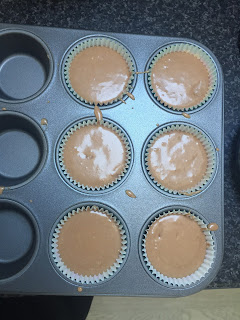 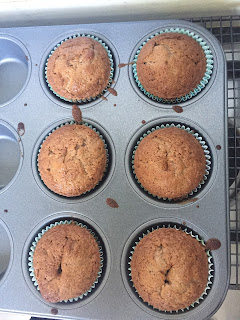 Leave the cupcakes to cool for at least 20 minutes on a wire rack while we make the buttercream!
Making the buttercream is the easiest part, just whisk together the butter until it's smooth then add all the ingredients apart from the food colouring until it forms a smooth, silky paste, I like to hand whisk it as you get a good feel for how thick it is that way. 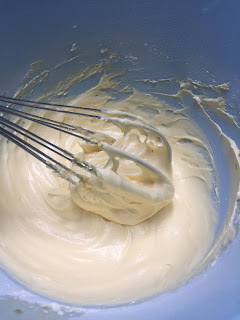 Now the fun part, initially I added 3 drops of green food colouring and fully combined it to see the colour, I think I ended up using between 20-25 drops to get this neon green colour but it's up to you how deep you want the colour just remember it’s always better to add too little than to add too much and the colour become muddy. 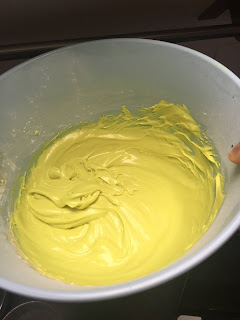 Once the cupcakes have cooled and your frosting is ready, spoon the frosting into a piping bag and begin piping in circles around the top of the cupcake until you’ve covered it. Stick on the eyes, pipe on a little red stitch on the side of his face, sprinkle some hair on his head with the chocolate sprinkles and finally, place a chocolate chip (I used chocolate coffee beans) on either side to look like little bolts. 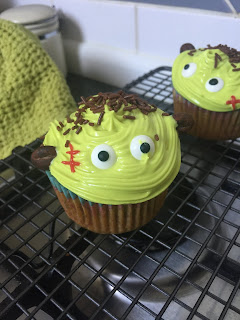 And that’s it! I had so much fun making these and couldn’t help but share my little Frankenstein army…especially my favourite one, the one in the middle with the droopy eye! 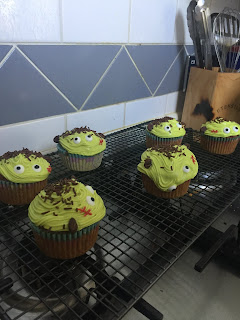 These cupcakes are so simple to make and so much fun either on your own or with the family, have a competition and see who can make the best Frankie! They don’t have to be just Frankensteins either, you could switch it up and make the green frosting into a zombie cupcake or change the green frosting to black/purple and make little vampires!
I think this has been my favourite Halloween bake so far and I hope you give it a go and have some fun designing your own cute and spooky cupcakes!
Happy Halloween!
H x
Baking dessert Food Halloween Quick Recipe Snacks Treats Vegetarian