I thought for this month’s seasonal produce recipes I would use kale, I found it really hard to find a sweet/dessert recipe that actually used kale in it but then I saw this one for chocolate and kale brownies! The recipe yield was kind of small and I didn't have a brownie tray small enough so I ended up just putting the mixture into cupcake cases and baking it that way, it was ok but the stickiness of the brownie meant it got quite stuck to the paper so maybe it's best to use a tray anyway but I’ll leave my verdict till the end, for now, let’s begin! 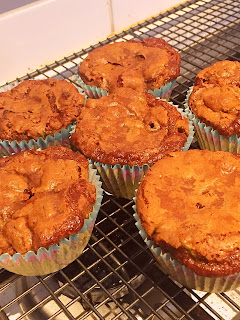 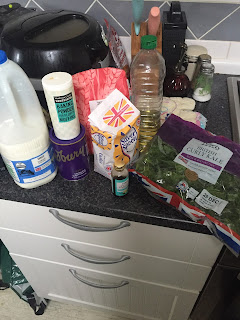 To start with preheat your oven to 180C/ 160 Fan/ Gas Mark 4 and combine the flour, cocoa, sugar, and salt with an electric whisk/spoon. 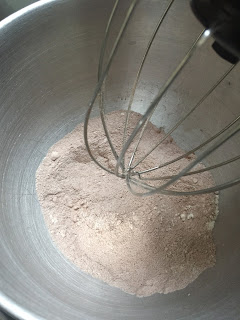 Now, grease a small brownie tray, or like me, you can just put 6 cupcake cases onto a cupcake pan. 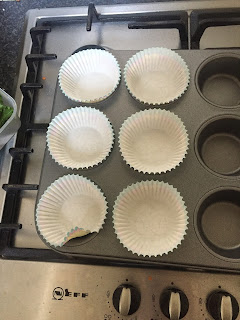 Add in the milk and oil, this is gonna make it pretty loose which is fine, I also added in the finely chopped kale but we want to try and take away the thick stalks because they won't cook down so just cut the leaves away from the stalks and then shred the leaves so that it’s in really, really tiny bits before adding it the mix, I also added dried cranberries at this point because I had a handful left to use, but that’s completely optional. Keep mixing until you have a silky consistency and all ingredients are fully combined. 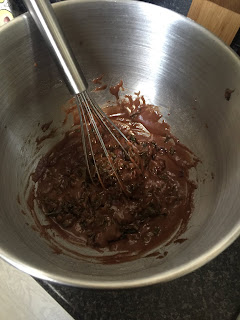 Using a spoon or ice cream scoop, scoop the mixture into the cupcake cases until they’re almost full, the brownies don't really rise like cupcakes so you won't have to worry about them overflowing if they do, put these in the oven for between 20-25 minutes until the tops are crispy and a toothpick comes out clean. 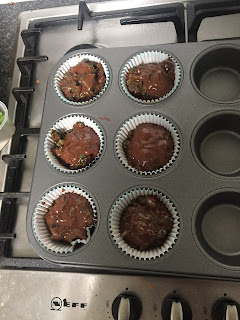 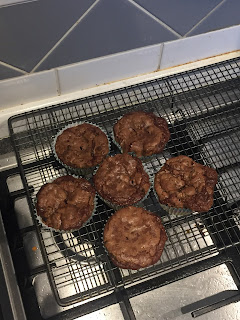 Honestly…I would say these are a fail. If you still want to try and maybe you have a better idea on how to use kale with chocolate OR you can find a better recipe with better ingredients then please go ahead! I felt like these were a decent brownie but then just with bits of kale in them, there was no harmony between the brownie and kale that made the kale worth putting in the mix. It’s a shame as usually I really enjoy adding something savoury to a sweet dish and seeing how it comes out, just like the parsnip cake, which was a huge success, but these…not so much. My boyfriend said they taste “like literal garbage” so…maybe that’s all you need to know about the recipe.
It might seem a bit stupid to have written about them if they were such a failure but I’m hoping someone will know a better way to use kale within sweet dishes and make it taste lovely, or be able to play around with the amounts of ingredients to make it better but unfortunately, this is not the recipe we wanted!
I hope you didn't have kale brownies or a similar disaster on Christmas Day and I hope your Boxing Day has been easy and calm, I promise I’m bringing something where kale actually worked next time!
H x
Baking Christmas dessert Easy Recipe Food Quick Recipe Seasonal Vegetarian