I'm not actually taking part in Veganuary but as I don't eat meat anyway, I find a lot of my meals end up being vegan (unless they're full of cheese or cream) and this cottage pie is no different!
This cottage pie is made "posh" by adding what we like to call "fancy potatoes" to the top, it's only sliced potatoes coated in salt, pepper, and oil and then cooked in the oven for about 30 minutes before adding them to the top of the cottage pie! It's not that difficult at all, it just looks fancy and it makes a change from mash.

For the fancy potatoes:
4 Potatoes, peeled and cut into 1-inch thick slices
A sprinkling of Salt, Pepper, and Oil 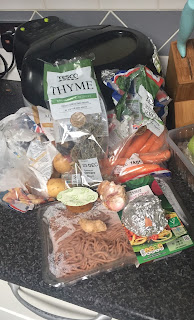 To start with, heat a tsp of oil in a frying pan and fry the onion for around 2 minutes until they start to go translucent. 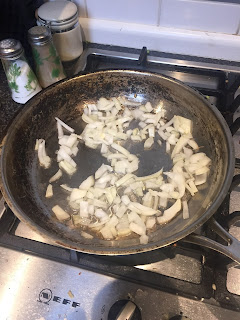 Now, add your mince to the frying pan and fry the onion and mince together for about 7-10 minutes until the mince takes on a bit of a darker colour. (It's hard to tell with vegan mince as the color doesn't change like actual meat but it still firms up and change to a slightly deeper orange colour.) It doesn't matter too much as all of this is gonna slow cook for at least 6 hours anyway. 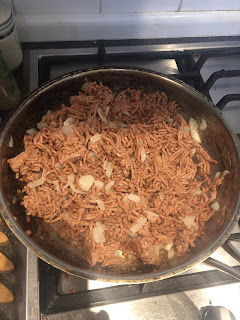 Add your mince and onion to the slow cooker (you don't need to turn it on yet) then put the garlic and ginger on top. 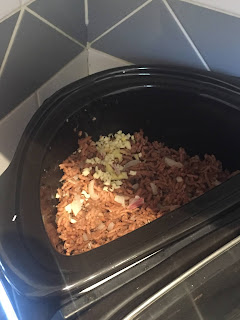 Now, peel and chop your carrots and potatoes and add them to the slow cooker with the thyme. 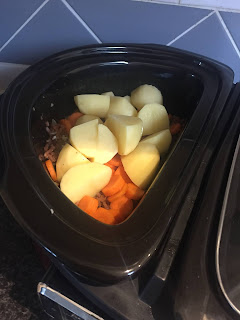 Prepare the stock in 600ml of boiling water and add this to the slow cooker. Turn the slow cooker on, leave it to cook for around 8-9 hours on slow and 6-8 hours on high. 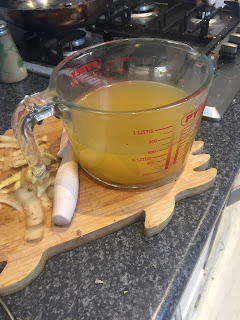 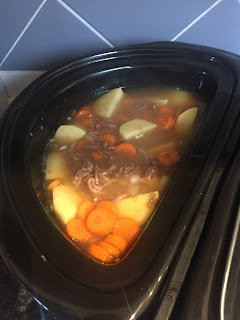 Around two hours in I just checked the pot and gave it a stir, I added in some extra salt and pepper, a tbsp full of vegan gravy granules, and 2 tbsp flour to thicken up the stock. 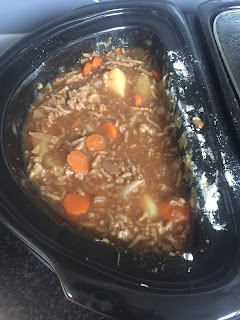 About an hour before you're ready to eat just take the lid off the slow cooker to allow the stock to thicken up. At this point, just give it a taste and see if you need to add any more salt and pepper, stock, or gravy. 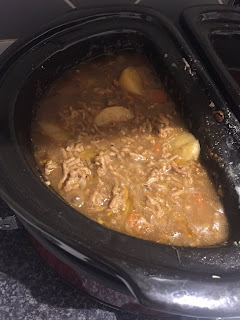 Now it's time to make your fancy potatoes! Start by peeling your potatoes and thinly slicing them. 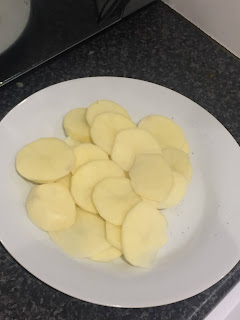 Coat the potato slices in salt, pepper, and oil and leave them for about 5 minutes. Pre-heat the oven to around 200C/ 180 Fan/ Gas Mark 4 and arrange the potato slices on a non-stick baking sheet, make sure it'll be big enough to cover the top of the slow cooker. Bake the potato in the oven for at least 25 minutes until they take on a golden brown colour. 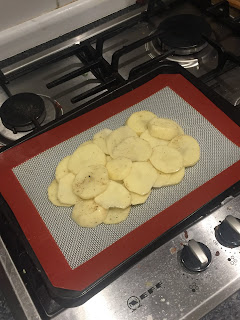 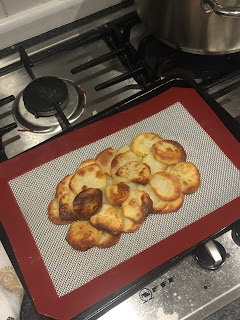 Once the potatoes have cooked, slide them off the tray (try and do it in one piece) and lay them over the top of your slow cooker, you could also add some more thyme to the top of the potatoes if you wanted. It doesn't have to stay this way for long, around 5-10 minutes will do. 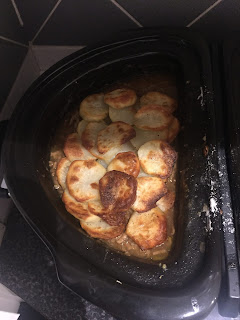 Serve up and enjoy! 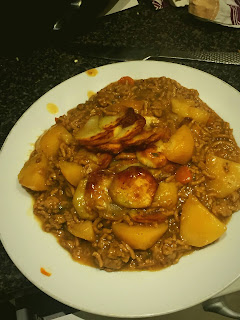 Ok, so it doesn't look so posh once it's on the plate, but this tasted incredible and was so easy to make! It's very low maintenance and good for everybody whether you're busy all day or just starting out cooking your own meals.
The fancy potatoes are pretty fun to make too, it's very satisfying to bring those golden potato slices out of the oven and slide them on top of the slow cooker, knowing you've made each process of this by hand!
If you are taking part in Veganuary and struggling to make meals that will warm you up in these snowy, frosty nights then a posh slow cooker cottage pie will definitely do that...and silence those non-believers!
H x
Dinner Easy Recipe Food Vegan Vegetarian