This one has actually taken me over 2 months to get round to writing about, so sorry if these wintry pictures won't do this lovely scenery justice because right now I bet it’s beautiful. But anyway, in March we had a few electrical issues in the flat and it meant we had to spend a lot of our time outside while the electricians fixed it, so we decided to go on a walk for a couple of hours and see where it took us, thankfully, that walk took us to Keston Common, 55-hectares of woodland and grassland all open to the public! Of course, we didn't even attempt to walk the 55-hectares but we did stick around the ponds and walk a little of the woodland. 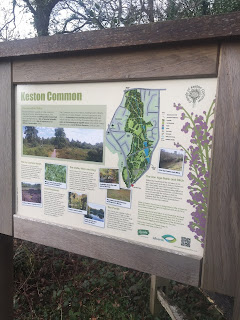 The main parts I wanted to talk about were the two ponds that I think are the biggest feature of Keston Common, these two ponds are connected through a well (which I’ll get to in a second), one is higher and seems far shallower so good for watching birds and fish, whilst the other larger one has flat dirt banks to go paddling in during the summer months too! Although the ponds are next to a fairly busy road, you aren’t bothered by the cars, and just taking a walk into the woodland next to it will drown out the traffic for you anyway. As I said…you’ll just have to imagine there is no mud, the sun shining on a scorching hot day and there's an ice cream van right next to the pond to fully appreciate this place! 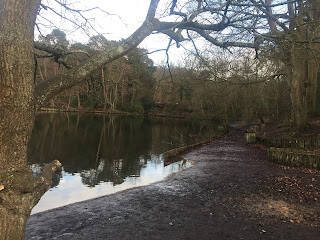 So back onto this well I was talking about. As we took a walk around the ponds we noticed this little water feature feeding one pond to the other which led us to learn a fascinating story. This well is called Caesars’ Well and no surprise, it’s because apparently this well was visited by Julius Caesar over 2000 years ago! 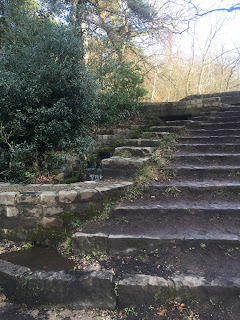 The story goes that Caesar and his troops had stopped in the nearby area to look for water, they were incredibly thirsty and couldn’t find a water source until Julius noticed a raven consistently flying onto a piece of land, he ordered the troops to watch the raven and they soon realised the bird was stopping to drink water from a well, from then on they noted down that water source and named it Raven’s Bourne/Brook (hence the name of the area where Keston Common is situated is called Ravensbourne). Here you can see how clear the water is that’s flowing from the well, it would make sense why so many people used it to drink and bathe in it over the last 2000 years. 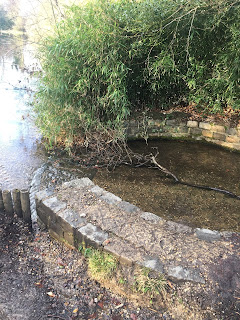 To me, the thing that makes Caesars’ Well so special is that the water flowing from it is so abundant that the well has not stopped producing water since it was discovered by the Roman emperor all those years ago, some people even claim it has spiritual and medicinal powers for that exact reason. I don’t know about any of that but I do know that it's incredible for a water source to stay that consistent and it looks lovely as well! 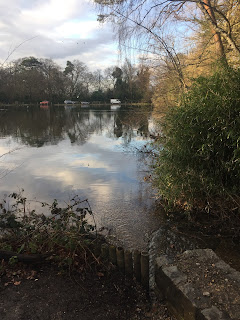 I hope you enjoyed that little history lesson from Keston Common, I think it's a great place to go for everyone whether you fancy some quiet time alone, a lovely trek through the woodlands and ponds with a loved one, or a big family day out splashing in the ponds, running through the woods and seeing this magical well for yourself! The parking is free, the car parks are on main roads and very easy to get to but the woodland doesn’t seem to be signposted that well so just be aware and stick to the well-trodden paths and you’ll stay on track. I’m hoping to get back here before autumn to really make the most of this hidden gem!
H x
Adventure Days Out History Nature Travel UK Winter