The time of year has come around where I get to celebrate another year being meat-free! If you want to read a bit more in-depth as to why or how I went vegetarian then you can read my first-anniversary post here, but I think with this one I'm gonna focus more on the changes I've seen in myself, my diet, and my ability to make meals beyond steaming vegetables. 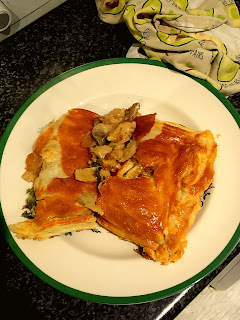 Recipe Here
In my first post, I spoke about how I hadn’t had any cravings for meat and never really thought about eating meat anymore unless I was starving hungry, that's still true but even 2 years down the line I do still sometimes wish I could just scoff down a greasy bucket from KFC when I’m having a bad day (but thanks to their vegan sandwich, I can now!) but I still have the same thought process then as I do now, that if I eat that, I've contributed to the death of an animal, and to me, that's the worst thing I could do so that puts me off immediately.
Moving on from that I'm still learning and trying out lots of different vegetables and meat-free alternatives and I always seem to find something new that I love, even as recent as last week when I tried courgette for the first time and now can’t stop thinking about the delicious risotto I made.
But so far for me, the biggest change I've seen is in my confidence when cooking/baking. I always remember my partner's mum saying “you have to be a good cook to be vegetarian”, she didn't negatively mean this, she meant I’ll learn so much from using different vegetables and food (tofu/ meat substitutes) within dishes and cooking them in different ways. I feel this is proven here from December 2020 when I made this fake beef stew…can’t wait for colder weather when I can start making all this again! 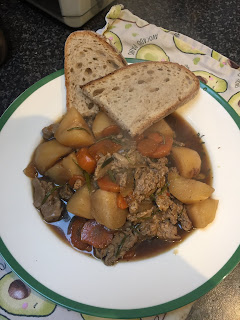 Recipe Here
I’ve made alot of tasty things over the last two years but nothing beats that stew, you can bet that I’ll be making it again in a couple of months.
Something else that's changed over the year is my comfort around vegan food. Again, I think this is mainly because of the huge variety of choices we have now and 90% of them are so tasty you wouldn’t even need to think about meat but I find myself making alot of things fully vegan instead of just veggie, not because I feel I “should” but sometimes it can be a challenge so it’s fun to experiment and if I know it’s gonna work out really tasty then it’s a huge triumph for me as well to know that my meal has nothing to do with meat, dairy or any animal-derived products, but as I said, I'm more just experimenting with it all at the moment and if a good opportunity arises then I try my best.
I think my most successful vegan dish to date (besides that stew) are these vegan pasties I made last month (July 2021)! I used vegan beef and worked really hard to get the filling just right before baking, so I was really proud when they came out looking and tasting as good as they did. 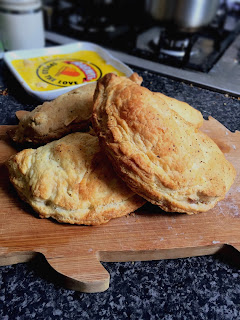 Recipe Here
I’m also learning new skills that I wouldn’t have bothered learning if it wasn’t for this blog and experimenting with vegan/veggie recipes. I’ve also been teaching myself how to edit videos since March 2021, I've been using free software called OpenShot to edit the video and then Vimeo Create to put some filters and music over it, although the videos are only 30 seconds long I'm pretty happy with how they're coming out and I'm hoping in time I’ll be able to pay for a software that will allow me to make better quality videos but for now, something is better than nothing. 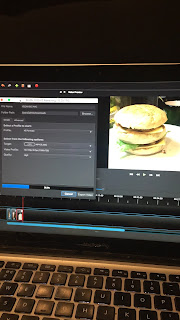 On my last anniversary post, I said how I was struggling with finding good vegetarian options at fast food places and takeaways, and I wrote that I hoped this would change and more options would become available. Well, my wishes were granted, alot of fast food places (apart from McDonald's) are offering vegan options on their menus that go beyond a veggie wrap or deep-fried cheese, places like KFC and Burger King I would actually choose to eat at now because of their options, unfortunately, the pandemic meant that alot of places reduced their menu size and for some reason that meant taking away ALL the veggie and vegan options, but full menus are available now and I'm loving the vegan chicken Royale from Burger King and the vegan chicken burger from KFC too. Obviously I don’t eat at these places all the time (it’s a less than monthly occurrence for me) so I think having limited options at these places is both a blessing (just to have some option) and a curse as it is still junk food. But overall, I'm really happy that most chain restaurants and companies are beginning to see the benefits of offering a meat-free menu.
Last time I made a small list of the food I'd been buying from Tesco that I loved so I’ll make one again to see if anything new has been added; 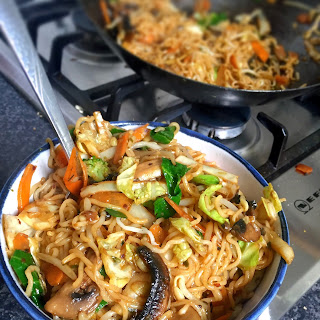 Recipe Here
Much like the first post, I'd like to add a couple of “wishes” here that I hope might come true by next year. I’d really like to see a huge improvement in vegan fish choices as up until now I've seen nothing that actually has a similar taste or texture to fish, I think alot of companies think that adding vinegar to something coated in batter is good enough to be a fish substitute…I’m here to tell you that it’s not. In the list above I wrote down Moving Mountains Fish Fillets, I haven't been able to find them yet but I'm really looking forward to trying them eventually, they're the best-looking fish substitute I've seen so far! So yeah, I’m hoping by August 2022 that vegan fish will be a more widely available choice as surely we can find something that holds the number of vitamins and minerals that fish does then magic it up to look like battered fish?!
My personal goals for the future are to eventually go fully vegan but again I'm not rushing into that as that really is a huge lifestyle change for me (chocolate and cheese are STILL a weakness), I’m still eating and making more vegan dishes than I ever have before and I always try and choose the vegan dishes when we go out to eat if it looks like something I haven’t tried before. I want to keep on cooking and baking veggie/vegan meals and working to improve my skills in that, although my partner still turns his nose up when you mention something is vegan, he has started complimenting the look and smell of some of the stuff I've made…we’ll get him to try it eventually.
But for now, I'm still proud of being 2 years meat-free, always looking to create new veggie and vegan dishes, and still proud to be sharing the entire journey with you.
Here’s to year 3!!
H x
Baking Breakfast dessert Dinner Easy Recipe Eco Friendly Food Homemade Lunch Nature Quick Recipe Seasonal Snacks Treats Vegan Vegetarian