I know what you’re thinking, why do I keep making these really weird recipes?… I don’t have an answer for you. This month's savoury seasonal ingredient recipe was a real success so I thought the other recipes I'd seen online for sweetcorn cakes would work out just as well, but I was wrong. Don’t get me wrong the cake was good, it had an obscene amount of cocoa powder and chocolate spread in it to make it as chocolatey as possible, but you couldn't escape the slightly crunchy texture of pieces of sweetcorn inside, even though I had blitzed it in a food processor, they were still there. But despite all this negative sounding talk, I had a lot of fun making this and this recipe has the potential to become an incredibly fudgy and decadent chocolate cake…if you take the sweetcorn out of it. 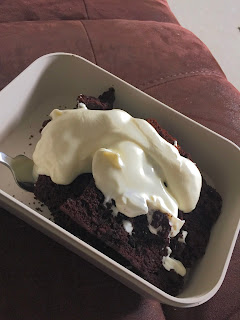 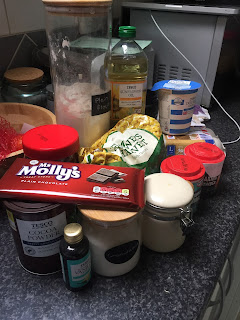 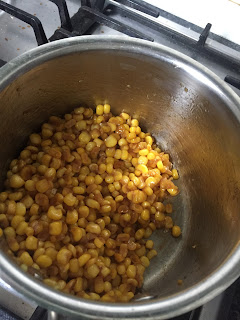 Now onto the dry portion of the cake batter, mix flour, cocoa powder, baking soda, baking powder and salt in a medium bowl and mix until fully combined. 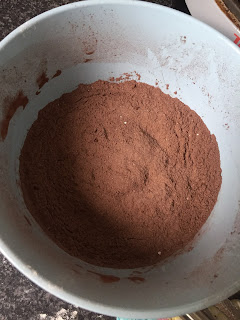 Back to the sweetcorn. Pour it into a food processor or blender, add the chocolate spread and milk and pulse this for around 5-7 mins until you have a smooth paste, mine didn't seem to want to smooth out and liquify which is why my cake had the texture it did so try your best to get it as smooth as possible. Now, preheat the oven to 200C/180 Fan/ Gas Mark 4 and grease a loaf tin. 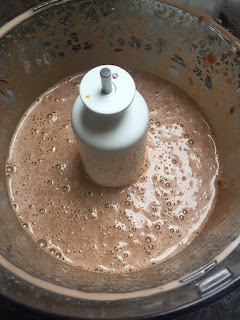 In a large bowl add the corn mixture, eggs, oil and vanilla. Whisk these until smooth. 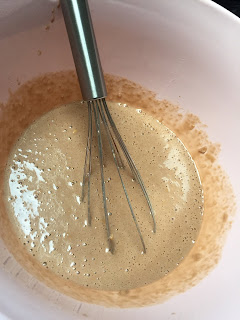 Slowly pour the dry mixture into the wet a bit at a time, making sure the dry mixture is all whisked in before adding more. You should end up with a very thick batter, I added a bit more oil into mine which I think dried it out a bit so if yours becomes too fudgy just add another egg. 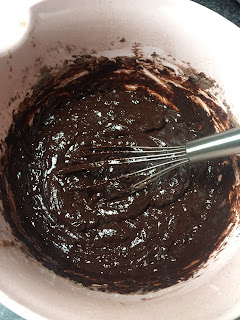 Pour the mixture into the loaf tin and bake for between 20-45 mins, until the middle no longer wiggles and a toothpick inserted into the middle comes out clean. Leave the cake to cool in its tin for about an hour before turning it out onto a rack and slicing up! 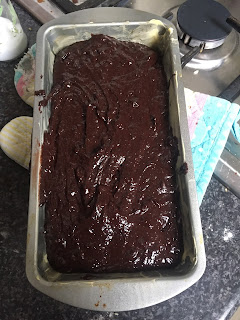 And that's it! I’m not gonna lie, the cake had a weird texture because of the sweetcorn and it was too dry, it’s very unusual for me to make dry cakes usually if anything they’re too moist so I don’t quite know what happened here but something wasn’t right. As I mentioned before, the cake on its own has huge potential to become a decadent cake for any occasion but with its intensely dark colour, it could be good around Halloween! I’ve ended up eating mine with yoghurt/cream just to add a different texture, the taste is really good but for me, there are too many issues with the dryness and the sweetcorn.
I like to try different things in cakes, you never know what's going to work and what isn’t, just look at my courgette brownies, for example, they were incredible and had a very unusual ingredient in them that just so happened to work perfectly but unfortunately that wasn’t the case here.
I’m not afraid of results like these, I’m still gonna eat the cake and nothing is gonna go to waste but I probably just won't make it again! If you want to try this for yourself and can get the sweetcorn down to a liquidised texture then you could be on to a winner…maybe, but give it a go, you never know what you’ll create!
H x
Baking dessert Food Seasonal Treats Vegetarian