It’s Canada’s turn this time on our World Series! I did a lot of research into Canada’s most famous national dishes, of course, there was anything using maple syrup, there was a meat pie I was going to turn vegan but when I saw these adorable donuts tossed in cinnamon sugar and then shaped into flat beaver tails, I knew I had to try them. Anybody who’s read quite a few of my posts will know I am a bit afraid of deep frying stuff, especially without a proper deep fryer as years ago I burnt my hand pretty badly and I still have the scars to show for it! But I got over it and gave it a go, and although there were no human casualties in this, I don’t think the beaver tails worked out how I planned, but I gave it my best go, and hopefully when I get around to visiting Canada and I can try them for real! 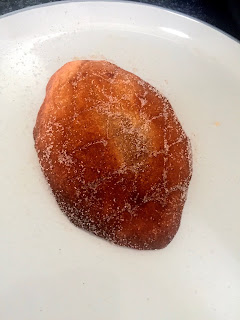 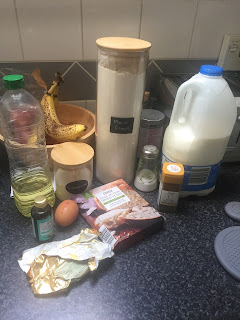 To start with place the water, yeast and 1 tbsp sugar into a large bowl and leave for around 5-7 mins for the yeast to activate, you should start to see bubbles form when this happens. 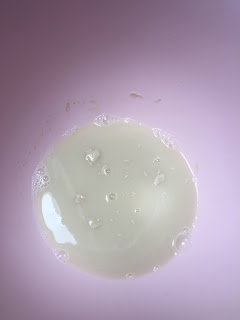 Now, add the sugar, milk, vanilla, egg, oil and 400g of the flour into the bowl and mix until you have a thick, sticky dough. 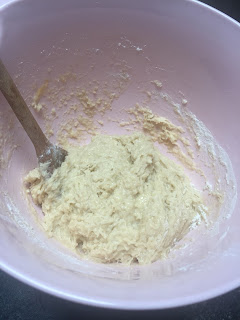 Tip the dough out into a floured surface, sprinkle more flour on top of the dough, and knead it for around 10 mins until the dough is no longer sticky and has been formed into a ball, you can add more flour when it gets sticky as you knead but try to only use a couple of tbsp at a time to stop it from drying out. 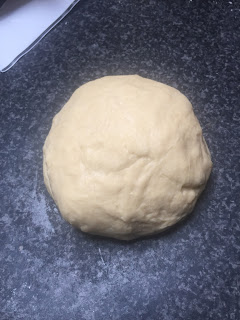 Place the dough back into the bowl, oil the bottom of the bowl and place a little flour on top to keep the dough from drying out. Place a damp tea towel over the top of the bowl and leave in a warm place to rise for 60 mins. As you can see, my dough didn't really seem to rise all that much and I think this is where my problems started. 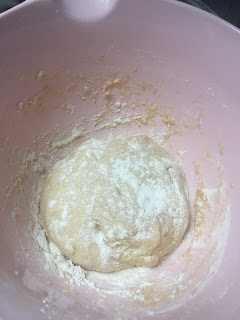 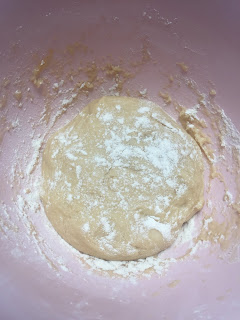 Once the dough has risen, punch the air out of it, take the dough from the bowl and pull it apart into 15 golf-ball-sized balls, arrange these on a large greased baking tray. 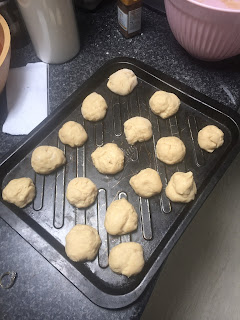 One at a time, roll the balls out into large, flat oval shapes, once all the balls have been shaped, cover them with a tea towel and leave them to rest for another 20 mins, then score each one with diamond patterns to replicate the pattern on a beavers tail. 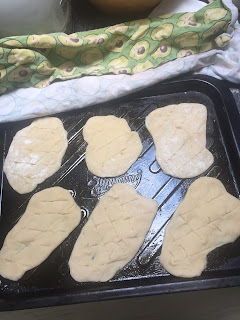 Heat the oil in a deep frying pan on medium heat or in a deep fat fryer, once it starts to spit or gently bubble turn it down onto a very low heat and lower the first beavertail in, it’s best to do them one at a time so the heat from the oil can evenly distribute around the dough. After 2-3 mins, turn it over and allow it to cook on the other side for another 2-3 mins. Once both sides are a deep brown and seem light and puffy, take them out and leave on a tea towel to drain the oil. 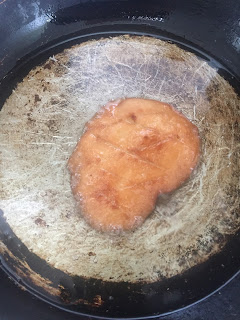 Now for our cinnamon sugar, put 2 tbsp granulated sugar and 1 tsp cinnamon in a pot and combine them. Once the beaver tails have drained on the tea towel, put them one at a time in the pot of cinnamon and sugar, shake them around on both sides then tap the dough on the edge of the bowl to get rid of any extra sugar. Once each tail has been covered in sugar you’re ready to eat!! 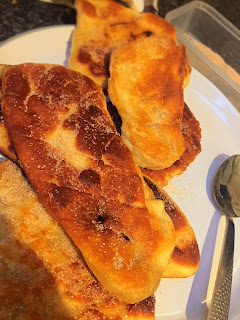 I don’t think it takes a Canadian or a pastry wizard to see that mine didn't really turn out the way I wanted them to, they didn't puff up in the oil they just went stick-thin like a flatbread, I think this mainly has something to do with the fact that my dough never rose properly so the tails were always going to be more dense than airy. I did try some though and when they’re made properly I could see these being absolutely delicious and definitely something I'd be looking for at a fair or roadside stall when I eventually make my way to Canada. I hope you can see from this that I really did try with these adorable beavertails but apparently this just wasn’t my day. I’m sure a lot of you could do a lot better than me and if you’ve got time for these fun little treats then I think they’re well worth a go, but stick around because next time we’re going to Denmark!
H x
Baking dessert Food Snacks Treats Vegetarian World Series