on April 25, 2022
This day out is one I've been really excited to share with you! Not only did we go to Longleat Zoo for my birthday at the end of February, but my parents also booked tickets to see Stonehenge, the world's most famous monument! I think I'd seen these 5,000-year-old stones when I was a child, but I don't fully remember so we decided to create new memories together and visit the stones with their newly updated visitor center, accessible bus up to the stones, and fully paved pathway to see the stones from all angles.
As someone who believes in spirits and energy (make fun of me if you want, I enjoy the mystery), Stonehenge is one of the main monuments from ancient times where you can feel the history even though you can't touch the stones. But more detail on what I was feeling a little later on, I'll show you some cool pictures and explain Stonehenge's story first! 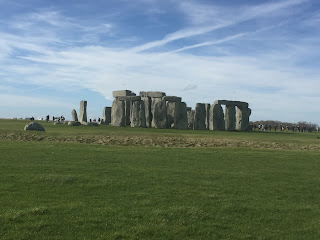 We started off in the Visitor's Centre. English Heritage acquired Stonehenge around the 1930s working together with The National Trust to restore the stones that had fallen and protect them from vandalism and theft. In 2013 English Heritage opened its Visitors Centre there to not only showcase Stonehenge in real life but to give you the story of the stones and its inhabitants before you make your way there, it's an incredible visitors center/museum and I didn't expect so much detail. You start off by walking into a large circular room that projects the stones around you as if you're standing in the centre of them. It was incredible and showed you how the stones stood in their original formation way back in 2500 BC, of course, the most exciting part is that nobody knows for certain why the stones are even there, there's lots of evidence that it would have been used for ceremonies and burials as archeologists and scientists have found over 150 cremated remains just within the area of the stones, then, of course, there are the large earth mounds all around the surrounding fields that hold mass graves as well, which leads some people to think Stonehenge was either a sacrificial/ceremonial site to sacrifice offerings or honour their dead through a ceremony before burial. 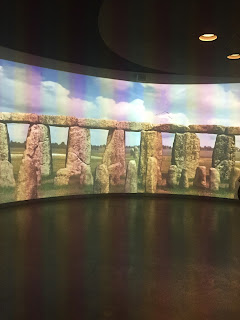 Moving through the museum they start to explain that around the time Stonehenge was put together, people had started working with metals and burying their dead with pottery, jewelry, and treasured items which meant there was a lot for archeologists to uncover, in the next picture you can see one of the cases within the visitors centre that showed some of the items found within burial sites, these include deer antlers (maybe for decoration) as well as weapons, hairpins, and buttons and other animal bones. 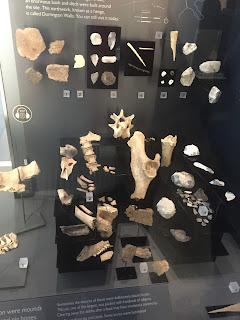 Aside from seeing the stones themselves, this was one of the best parts! The visitors centre had an entire room dedicated to professional and amateur photographs taken in and around the stones, dating all the way back to the 1930s when it officially opened as a tourist attraction for the public! There are some beautiful photos from the 1970s during the "free love" movement where people would dance around the stones and meet up to perform songs it looked like an amazing time and something I wish I'd seen. But these pictures just go to show how important the stones are to everyone throughout time. 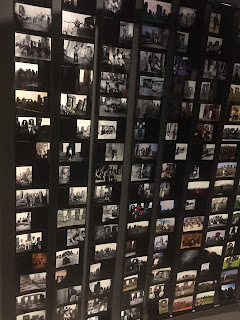 Then we left the visitors centre and headed outside to their exhibition on ancient living. Here, they'd reconstructed how communities would have lived in those original times when the stones were built, there were some very friendly and knowledgable volunteers who were telling us all about not only the houses but how they were used, where food was stored, what clothing and accessories were worn and well as how large the potential community may have been, it was so interesting and they had so many replica artifacts for you to look as so you got a real sense of how they would have lived. 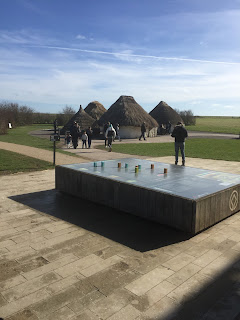 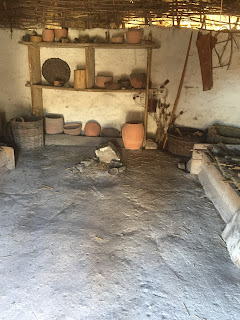 Then we got on the free bus that takes you up to the stones! You can walk if you want to, it goes up a slight hill but it's a proper concrete pavement to walk on it's just the walk takes around 30-45 mins and the bus takes less than 10 so we all went together on the bus. I think me and my partner both gasped when we finally saw the stones in sight, it was really special to finally see them. 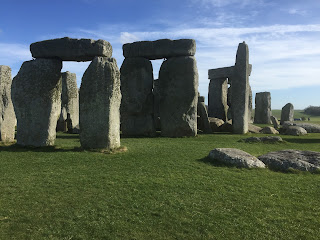 I took lots of different photos from lots of different angles, so you could see what it looks like as I walked all the way around it, here I was probably at the closest point you can get where you walk along the gravel path with only a rope chain separating you from these 5000-year-old pieces of ancient history! Of course, you can't (and shouldn't) go over to touch the stones, if they've managed to stand for over 5,000 years, we want them to stand for at least another 5,000 so that future generations can hear the story just like we have. 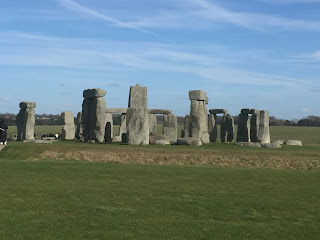 As I said at the start I'm a little bit of a fanatic when it comes to spirits and energy, I'm always interested in going to old/ancient places (especially if they've been used by a lot of people) because you can feel the energy and you can feel all the people that have been around these stones...well I can anyway. I don't want to sound stupid but what I mean is, despite the fact, there were hundreds of people around me, there was a main A road going past a few hundred meters away, it was so quiet, weirdly peaceful for such a busy place, how can somewhere so busy both now and over the course of history still manage to remain a peaceful, quiet place if it's not somewhere really special? Got you thinking now, haven't I? haha. 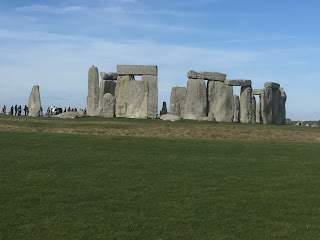 We headed around the back at this point and you can see how stones are arranged in "layers" going into a smaller circle and coming out all stacked one behind the other, almost like a processional walkway (yet another reason this place could have been ceremonial), you can just see the huge ditch that was dug in later renovations, again, they're not entirely sure what that reason is but I think it was just to separate Stonehenge from the earth around it, to really make it stand on its own so that when humans stood inside those stones it was just them, no one could interrupt them. 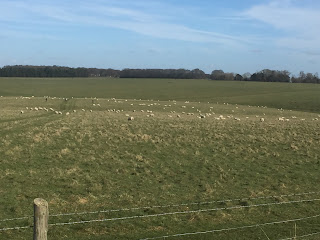 On the way back to the bus we saw this whole field of sheep!! You could actually walk amongst them if you took the path up from the visitors centre but unfortunately, we didn't go in and see the sheep that day, but they were happily grazing not bothered by all the people at all. 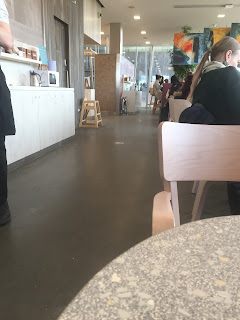 This is a bit of a rubbish picture, but I wanted to show you the cafe inside the visitors centre, it was brilliant! They had so many options for hot and cold meals including sandwiches, pasties, stews, and soups and they even had a few veggie and vegan options, I got a vegan sausage roll and some apple juice and it was delicious! We also went into the gift shop where I got a pin badge and a massive mug as well as a gift for one of my friends. The gift shop was overwhelming! They had so many different things ranging from t-shirts and hats, pin badges, mugs, pencils and pens, and then some more expensive jewelry made from the same stone as Stonehenge and some alcohol! There was plenty to choose from and I and my mum spent ages there choosing little bits to take home.
And that was our trip to Stonehenge! They offer so much for you to look at and some amazing history to learn about. The tickets are a little expensive at £20 an adult and £12 for a child, but you can buy family tickets for £52 which includes 2 adults and 3 children as well as concession tickets for £18, and under 5's go free! If you haven't been to Stonehenge before I highly suggest you go and see this incredible piece of history, it's accessible for pretty much everyone and I promise it'll be an unforgettable experience!
H x
Days Out History Spring UK